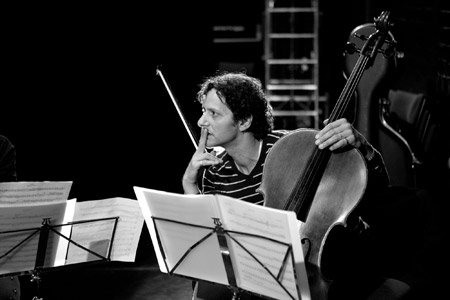 Alongside the Celloman project, Ivan Hussey has been involved in composing for several other projects. 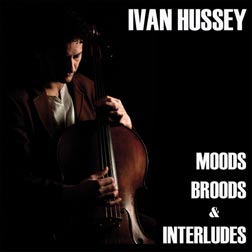 In 2011, Ivan released Moods, Broods & Interludes. The album, a collection of fifteen compositions written for variations of stringed instruments, contains pieces for solo cello, duo of cello & violin, trio of violin, viola & cello, string quartet and a quartet of celli.

In 2011, Ivan was commissioned to compose music for the production of Baroque Box by the award winning Elastic Theatre. The dance-opera took place over nine days as part of the Greenwich and Docklands International Festival in June with over twenty separate performances.

With the success of Baroque Box, Ivan collaborated once again with Elastic Theatre on the company’s first foray into film.

The Multi-screen production of Julius is a coming of age story of intrusive thoughts and compulsive rituals that premiered at the Spitalfields Festival in June 2013.

The music from both Julius and Baroque Box appear on an album entitled Music for Elastic Theatre which was released in December 2013.

Ivan is working on Moods, Broods & Interludes Vol. 2, and a second album of Arpezzato compositions for solo cello.

Ivan is currently working on a 40-minute composition written for eight celli and soprano voice that follows eight chapters in the life of Brazilian composer Heitor Villa-Lobos.

After years of uploading videos to the label youtube Channel,...